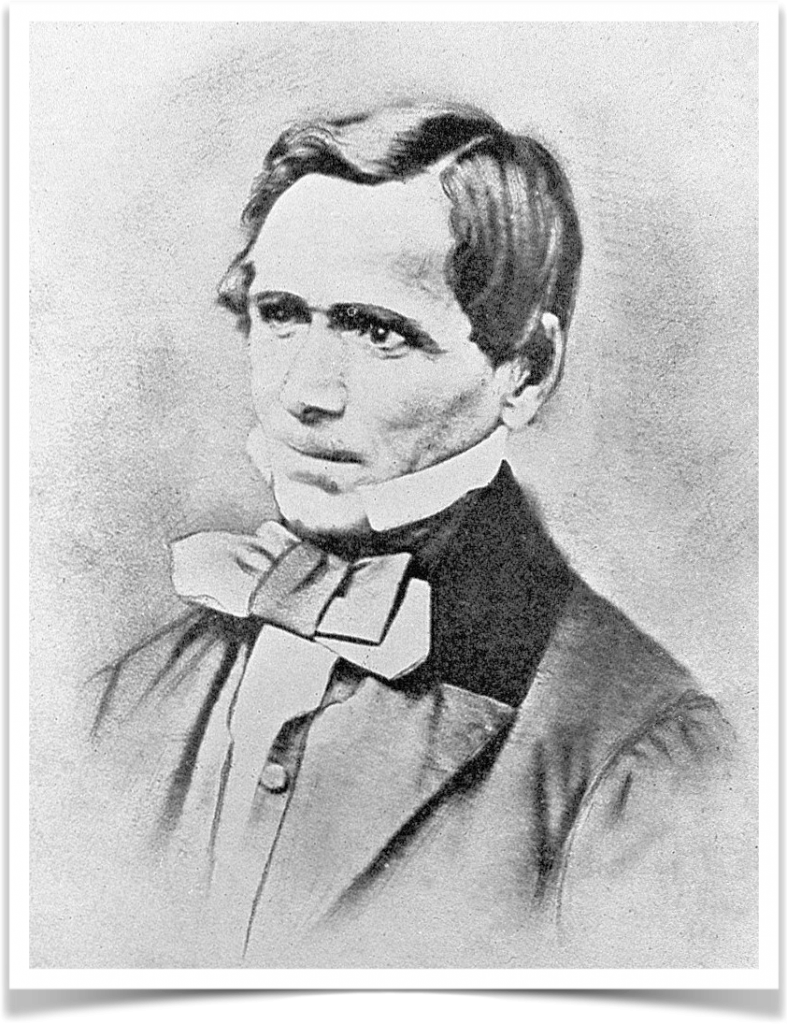 It is remarkable, almost inconceivable, how many references we have in the English language to the brain-gut connection. Phrases like butterflies in your stomach, stomach in knots, having the gall, gut feelings, gut reactions, going with your gut, gut instincts, gutsy moves, having guts, brain farts, mental constipation, gut-wrenching, and my all-time favorite, cognitive impaction, make a colorful vocabulary. These terms describe what seems to be completely intuitive, that our brain influences our gut, and, perhaps less obvious, that our gut influences our brain. But it’s taken a long time to work out what the details really look like, and, honestly, researchers are still just getting started.

One of the first moments of understanding, historically, came as a result of an unfortunate situation.  I will summarize a few details of this story from an excellent account written by Catherine Price on sciencehistory.org.

It all started with a grisly accident that occurred on the morning of June 6, 1822 to a young French Canadian man who was standing in the American Fur Company store on Mackinac Island in Michigan.

Alexis St. Martin was a 20 year old strong man 5 feet, 5 inches, who worked as a fur voyageur, which was a hardy and adventurous job that entailed paddling pelt-laden canoes from Native American villages to the company’s trading posts.  As he stood in line that morning to make some trades, someone’s musket accidentally went off, shooting St. Martin with birdshot in the left side of his chest from about 3 feet away. It was such close range that St. Martin’s shirt caught fire as he fell over. He was presumed dead. The other traders sent for William Beaumont, the doctor at a U.S. Army fort on the island, who arrived just as St. Martin was being put on a cot. Beaumont found that the shot had ripped through several ribs and lacerated St. Martin’s diaphragm, lower left lung, and a portion of his left upper abdomen before exiting his body.

Beaumont treated the wound, which initially was “more than the size of the palm of a man’s hand”, as well as a lower smaller one, “which, on further examination, proved to be a portion of the stomach, lacerated through all its coats, and pouring out the food he had taken for his breakfast, through an orifice big enough to admit the forefinger.” but he had little hope of St. Martin living beyond thirty-six hours.

Miraculously, St. Martin survived. Through this hole, Beaumont realized he could watch the processes of digestion. At first food was coming out of the hole whenever he ate, which was corrected as the wound healed and was eventually covered by a plug.

Beaumont decided he would do experiments on St. Martin since so little was known about digestion at the time. He began dangling food on a string into St-Martin’s stomach through the hole, then later pulling it out to observe to what extent it had been digested. He found that, though the stomach did heat to 100 degrees Fahrenheit while breaking down food, gastric acid was a main component of digestion. The stomach was not cooking the food, as some believed, or only mechanically grinding it as others believed, but engaged in a combined action through grinding and acid. Dry weather increased the digestive temperature, humid weather lowered it. Gastric juice was secreted only in response to food and did not accumulate between meals. Hunger was not caused by the walls of the empty stomach rubbing against each other. Strenuous exercise promoted the production & release of gastric juices.

He performed an estimated 200 experiments in 10 years, with new, cutting edge findings for the 1820’s. His treatise on the subject, Experiments and Observations of the Gastric Juice and Physiology of Digestion, published in 1833, laid the foundation for modern gastric physiology and dietetics.

One finding that was especially notable for it’s time and upon which little further progress was made for centuries had to do with Alexis’ intermittent demonstrations of anger. Since Alexis would sometimes get rather upset and angry with the manipulation involved, Dr. Beaumont noted that uneasiness, irritability, and anger substantially slowed the digestive process. As long as the anger remained, his food basically would not digest. If the anger persisted, the food would begin to rot in the warm conditions.

It’s a lesson that is still relevant today. Our thoughts and feelings have a direct relationship with our stomach’s digestion. If you are emotionally upset, you may want to consider delaying eating until your mind is again at ease. I like how this Bible text describes how we can keep our minds at peace: You will keep in perfect peace all who trust in You, all whose thoughts are fixed on You! -Isaiah 26:3

When we keep our thoughts fixed on God’s love, grace, and forgiveness, we will experience God’s peace that surpasses all of our trials, heartaches, and temptations that come our way.

To Your Best Health,

"The Staff at LifeMed Clinic has been exceptional at meeting all our expectations. They have literally changed my wife and I's life. It's a place that you will feel welcomed, not pressured, and they treat you like family. Thank you guys so much. You guys are truly a blessing." -T. Kilgore

"I had a great experience at my first appointment with Dr. Greg! He is a good listener, very thorough, and spends extra time with you. The whole staff is very friendly and give quality care. I would definitely recommend this place for anyone looking for a primary care doctor in the area!" -K. McCray

"I've had such a great experience so far. The doctor and his staff are very compassionate, caring and, helpful. They listen and take their time." -P. Priscilla

"Dr. Steinke is definitely the most patient doctor that I’ve met. He genuinely cares about his patients and is extremely knowledgeable. I highly recommend going here!" -M. Harmse

Dr. Steinke and staff are good examples of servant leadership and made me feel welcome and truly appreciated. My visit was unrushed and focused on my concerns. They emphasize root causes of problems and encourage lifestyle changes to promote overall health and wellness in mind, body, and spirit. You'll feel well taken care of as a patient." -T. Cable

Send us an Email
Rate Us:
Accessibility by WAH